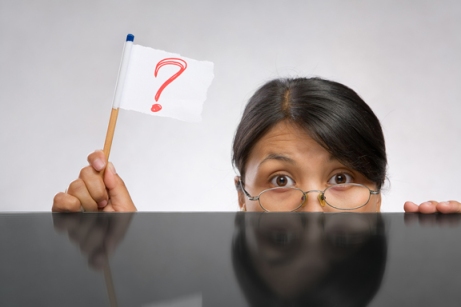 I am standing in the kitchen when I realize I need my watch. So I head toward the bedroom to get it – through the family room, down the hall, turn left at the third door. But when I get to the bedroom, I can’t remember why I am there.  Raise your hand if this happens to you.

It helps at that point, they say, and my experience bears this out, to go back to the source of the thought. Back to the kitchen I go – out the bedroom door, up the hall, through the family room, into the kitchen and, sure enough, there I remember that I was going to get my watch.

Never mind why this happens (too much on my mind, distracted by something else, or just plain addle-brained); somewhere between the intention and the action, the original mission got lost.

I think this is the story of the Pharisees. It started out well enough, but somewhere along the way they forgot the original mission, did not go back to the source, and then didn’t recognize it when it was set before them.

In textbook religion, the Pharisees score high. It is thought they came into being at a time when the Jewish religion and culture were being threatened by Greek Hellenism. The Greek/Syrian ruler Antiochus Epiphanes (ruled 175 to 164 BC) was determined to force the Greek culture onto the Jews, and, frankly, many Jews placidly, if not eagerly, accepted it.

In this climate there arose a group of lay people who were dedicated to Torah and the traditional Jewish laws, teachings, and worship. They came to be called the “separatists” or Pharisees. Only by separation from all that was not of God, they believed, would God bless Israel as a nation once again.

The Pharisees were devoted to both the written and oral tradition of Torah; they established an educational system by which all Jewish boys would be schooled in Torah; they were faithful in worship, and were biblically-based and tradition-honoring. They represented the common man, as opposed to the Sadducees who comprised the wealthy and elite. All admirable traits.

But then the Pharisees began to believe that their interpretation of God was more important than God himself. They forgot why they had gone into the bedroom in the first place, and they declined to return to the source for the answer. They had decided for themselves what God looked like, so they did not recognize him when he arrived in the person of Jesus the Christ, much less as an innocent baby.

St. Augustine warned that if we think we understand God, then, by definition, what we understand is not God. Author Barbara Bowe, in Biblical Foundations of Spirituality, points out that our names for God, our metaphors of what God is like, suggest what we believe to be true of God, but they neither define nor limit God’s being.

When we travel to the manger seeking the Christ in our own strength, wisdom, and understanding, we are likely to find there just some hay and some bellowing animals. When we expect God to be whom we expect him to be, that may be exactly what we find – and it may not be God at all. The pity is, we may not even realize that.

Advent is a good time to go back to the source, to suspend our own certainties about how things are and how they ought to be. When we receive the Christ child stripped of swaddling cloths of our own making, we may be surprised at what we find and what we remember.

Marjorie George is editor of ReflectionsOnline. Reach her at marjorie.george@dwtx.org.